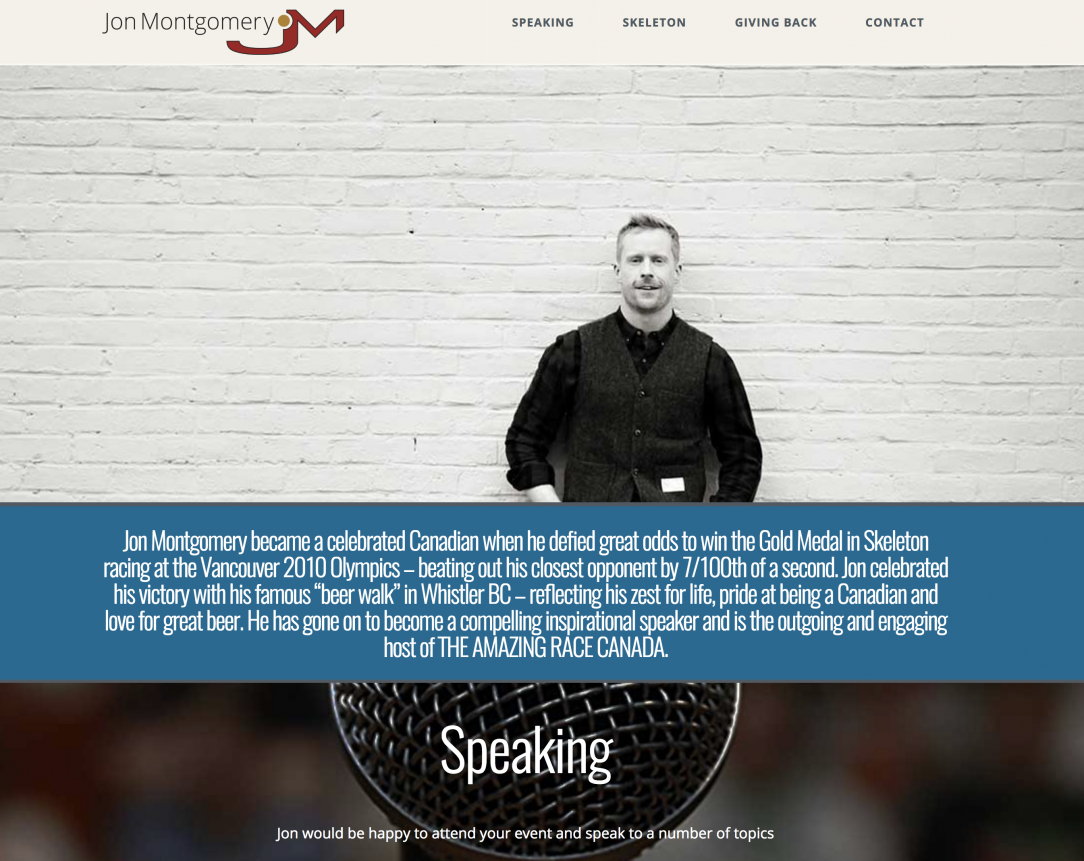 Jon Montgomery captured the hearts of Canadians – and the attention of everyone during the Vancouver 2010 Games. With a come from behind victory in a skeleton race for the ages, Montgomery electrified the Whistler crowd with a .07 seconds victory over the best in the world, to secure his place in history and help Canada lead the charge to 14 GOLD medals… more than any other nation in Winter Olympic history.
It was post race however, while Montgomery was strolling through the Whistler Village on his way to an interview, that helped launch the energetic and engaging 30 year old into the folk-hero stratosphere when he exuberantly helped himself to a pitcher of beer that was thrust upon him by a complete stranger.
For some, that “beer” moment granted Canada access to a moment that they could appreciate – Celebrating a milestone or a dream realized in a proudly Canadian way, by being authentic and unabashedly proud! These are qualities that Jon brings to every stage he graces, whether it is corporate boardrooms, convention centres, charity auctions, or the Amazing Race Canada you can count on Jon to deliver entertaining and insightful stories about his journey.
Jon wanted clean and to-the-point site. Paralax scrolling rules the homepage and the use of hi-res imagery and custom colours really bring the site together.